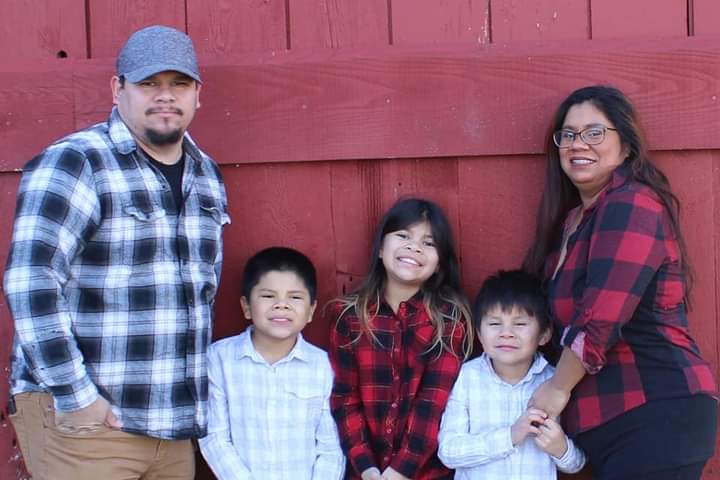 Karla, an upper-class, 19-year-old, was struck with shock when she and Donald, her lower-class, 21-year-old husband, were showered with cash. With lack of money management skills, the couple became excitedly overwhelmed when a large influx of cash landed in their laps from Donald’s military deployment.

The money dwindled and Karla and Donald Lewis never got on their feet, finding themselves living paycheck to paycheck. Thankfully, the Lewis’ parents had the means to help them when they needed it, but it led to an unhealthy codependency relationship.

As their family grew, their children required more resources and began showing interest in afterschool activities. “It was stressful deciding who we were going to borrow money from next and not be able to supply for ourselves,” explained Karla.

After much persuasion and convincing, the Lewis’ friends finally succeeded in connecting them with Love. “Our friends built up enough credit during the Program to buy their first home, so we were motivated and encouraged to do the same through the program,” mentioned Karla.

The Lewis’ started attending program on Thursday nights with Wendy, a Love Your Neighbor staff member and graduate of Life Skills. COVID interrupted and classes temporarily moved to Zoom, but the Lewis’ handled the change smoothly and were still hopeful for a community.

When COVID numbers decreased, program resumed in person and the Lewis’ were transferred to program with Cindy and Laura, who are also Love Your Neighbor staff members. “In the beginning, we struggled connecting with other participants, but, with time and Laura’s support, we built a community. We are thankful we continued to participate because we now consider Love our second family,” explained Karla.

“One of our children, Kenyan, struggles connecting with people and fitting in. Not many people enjoy his presence,” admitted Karla. “We are ecstatic that is not the case at program and that Kenyan has found a place where he is wanted and calls it home.”

Although, Kenyan is not the only one who considers program one of his “homes”. His siblings choose to attend program over going to their Grandparents’ house simply because they have built their own community.

“It feels like a family dynamic at program and in our classes. It is safe to say that we are no longer in a dark hole,” mentioned Karla.

Prior to program, Karla and Donald considered themselves roommates rather than a married couple. Since learning about boundaries and healthy relationships in the Life Skills classes and attending couples counseling, the Lewis’ now see eye to eye and consider their relationship a marriage.

“It was difficult for Donald to feel comfortable opening up about his PTSD, but he began to feel safe at program. We both had to learn that it was okay not to know what we didn’t know,” explained Karla.

It was a journey for the Lewis’, but they describe it as an “amazing process”. They not only graduated the Life Skills Program as a team, but they are now on the same page financially and in their relationship. “I have taken a lot of stress off of Donald because he originally felt obligated to do everything related to finances,” mentioned Karla.

Karla and Donald have grown their relationship not only as a couple, but with God. “Donald went to church for the first time in 17 years, which was a big accomplishment that showed our kids that this is a family process,” said Karla.

“It melts my heart that the kids are asking for Bibles and want to go to Vacation Bible School,” stated Karla. They have not only strengthened their family, they have gained a family through their time at Life Skills.

The couple not only gloats about the Life Skills Program, but they mention their love for Laura and Cindy as they “always go the extra mile”. “The staff and volunteers are truly amazing, generous people,” said Karla.

God knew what he was doing when he introduced Karla and Donald Lewis into the Life Skills Program. They mention the program to other community members and advise them to “not be embarrassed asking for help” because “it is totally worth it”.